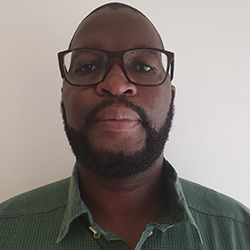 One of the original Raysonics team, starting with the company in 2008.

In 2015 transferred to his present position in Durban (KZN) as the Branch Manager and Radiation Protective Officer (RPO).

Stephan’s short-term goals are to expand the client base in KZN, and eventually grow DEKRA Industrial to be recognised as the leading NDT company in KZN province, while his long-term goal is to study towards becoming a Level 3 in RT/PT/MT.